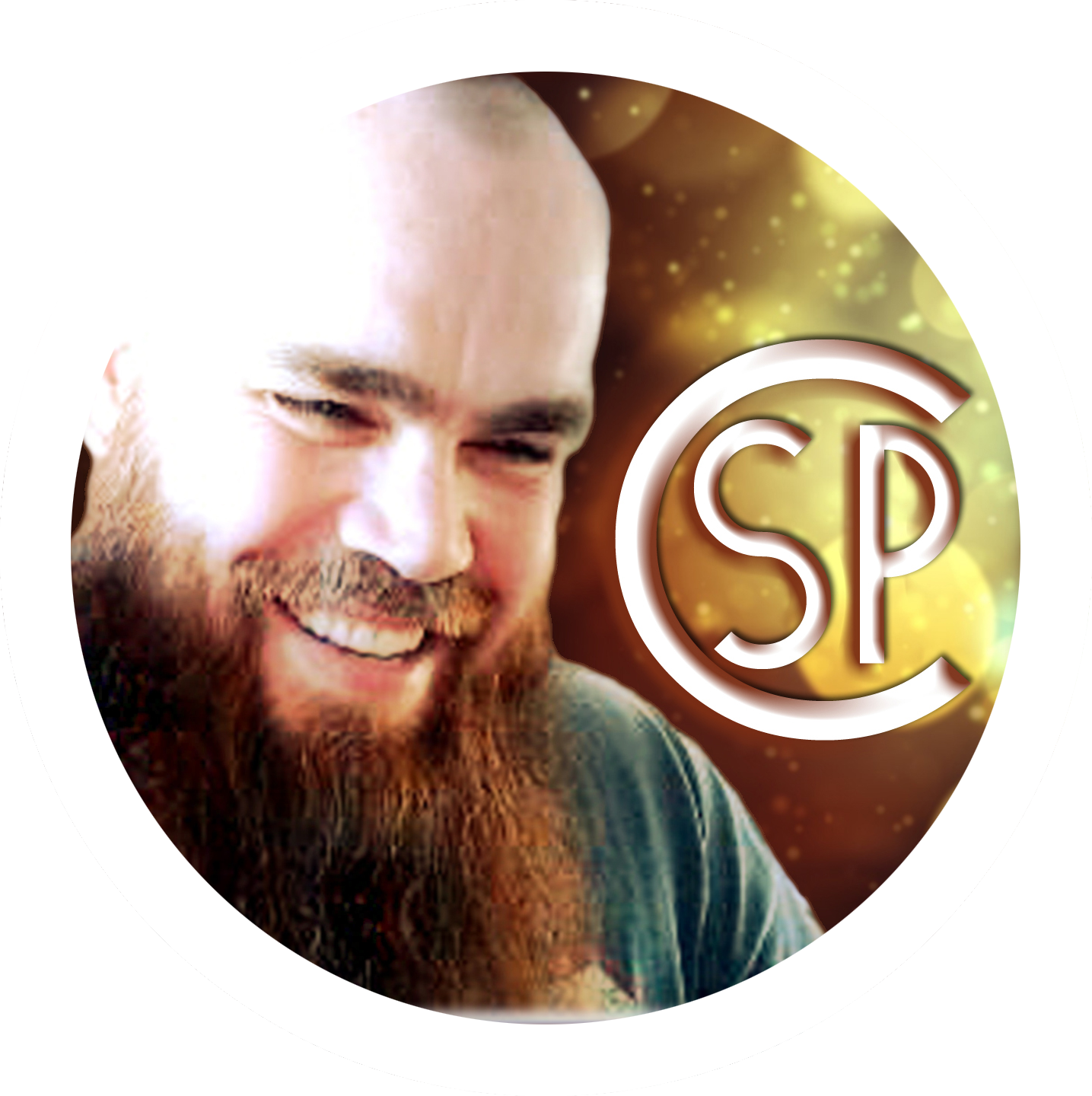 The Sabbath Day Study is reprinted from a tract published by the Review and Herald Publishing Association about the year 1885. Here are one hundred plain Bible facts upon this question, showing conclusively that the seventh day is the Sabbath of the Lord in both the Old and New Testament.

WHY keep the Sabbath day? What is the object of the Sabbath? Who made it? When was it made, and for whom? Which day is the true Sabbath? Many keep the first day of the week, or Sunday. What Bible authority has they for this? There is now a growing count of five hundred plus Sabbath keeping Churches of different denominations in the world that keeps the Seventh-day. What Scripture have they for that? Here are the facts about both days, as plainly stated in the Word of God.

1. After working the first six days of the week in creating this earth, the great God rested on the seventh day. (Genesis 2:1.3.)

7. It was made before the fall; hence it is not a type; for types were not introduced till after the fall.

8. Jesus says it was made for man (Mark 2:27), that is, for the race, as the word man is here unlimited; hence, for the Gentile as well as for the Jew.

13. The Bible never calls it the Jewish Sabbath, but always “the Sabbath of the Lord thy God.” Men should be cautious how they stigmatize God’s holy rest day.

16. Then God placed it in the heart of His moral law. (Exodus 20:1-17.) Why did He place it there if it was not like the other nine precepts, which all admit to be immutable?

19. He engraved it in the enduring stone, indicating its imperishable nature.(Deuteronomy 5:22.)

22. God destroyed the Israelites in the wilderness because they profaned the Sabbath.
(Ezekiel 20:12-13.)

24. God promised that Jerusalem should stand forever if the Jews would keep the
Sabbath (Jeremiah 17:24-25.)

25. He sent them into the Babylonish captivity for breaking it. (Nehemiah 13:18.)

28. This is in the prophecy, which refers wholly to the Christian dispensation. (See Isaiah 56.)

32. All the holy prophets kept the seventh day.

33. When the Son of God came, He kept the seventh day all His life. (Luke 4:16; John
15:10.) Thus He followed His Father’s example at creation. Shall we not be safe in
following the example of both the Father and the Son?

37. Instead of abolishing the Sabbath, He carefully taught how it should be observed.
(Matthew 12:1-13.)

38. He taught His disciples that they should do nothing upon the Sabbath day but what
was “lawful” (Matthew 12:12.)

39. He instructed His apostles that the Sabbath should be prayerfully regarded forty
years after His resurrection. (Matthew 24:20.) See also is the Sabbath Commandment
found in the New Testament.

40. The pious women who had been with Jesus carefully kept the seventh day after His
death. (Luke 23:56.)

42. Paul, the apostle to the Gentiles, called it the “Sabbath day” in A.D. 45. (Acts 13:27.)
Did not Paul know? Or shall we believe modern teachers, who affirm that it ceased to be
the Sabbath at the resurrection of Christ?

51. In all their accusations against Paul, they never charged him with disregarding the
Sabbath day. Why did they not, if he did not keep it?

52. But Paul himself expressly declared that he had kept the law. “Neither against the law
of the Jews, neither against the temple, nor yet against Caesar, have I offended any thing
at all.” Acts 25:8. How could this be true if he had not kept the Sabbath?

53. The Sabbath is mentioned in the New Testament fifty-nine times, and always with
respect, bearing the same title it had in the Old Testament, “the Sabbath day.”

54. Not a word is said anywhere in the New Testament about the Sabbath’s being
abolished, done away, changed, or anything of the kind.

55. God has never given permission to any man to work upon it. Reader, by what
authority do you use – the seventh day for common labor?

56. No Christian of the New Testament, either before or after the resurrection, ever did
ordinary work upon the seventh day. Find one case of that kind, and we will yield the
question. Why should modern Christians do differently from Bible Christians?

57. There is no record that God has ever removed His blessing or sanctification from the
seventh day.

58. As the Sabbath was kept in Eden before the fall, so it will be observed eternally in the
new earth after the restitution. (Isaiah 66:22-23.)

59. The seventh-day Sabbath was an important part of the law of God, as it came from
His own mouth, and was written by His own finger upon stone at Sinai. (See Exodus 20.)
When Jesus began His work, He expressly declared that He had not come to destroy the
law. “Think not that I am come to destroy the law, or the prophets.” Matthew 5:17

60. Jesus severely condemned the Pharisees as hypocrites for pretending to love God,
while at the same tune they made void one of the Ten Commandments by their tradition.
The keeping of Sunday is only a tradition of men.

1. The very first thing recorded In the Bible is work done on Sunday, the first day of the
week. (Genesis l: l-5.) The Creator Himself did this. If God made the earth on Sunday, can
it be wicked for us to work on Sunday?

3. None of the patriarchs ever kept it.

4. None of the holy prophets ever kept it.

5. By the express command of-God, His holy people used the first day of the week as a
common working day for 4,000 years, at least.

9. Christ did not rest upon it.

10. Jesus was a carpenter (Mark 6:3), and worked at His trade until He was thirty years
old. He kept the Sabbath and worked six days in the week, as all admit. Hence He did
many a hard day’s work on Sunday.

11. The apostles worked upon it during the same time.

12. The apostles never rested upon it.

14. It has never been blessed by any divine authority.

15. It has never been sanctified.

17. The New Testament nowhere forbids work to be done on it.

18. No penalty is provided for its violation.

19. No blessing is promised for its observance.

20. No regulation is given as to how it ought to be observed. Would this be so if the Lord
wished us to keep it?

21. It is never called the Christian Sabbath.

22. It is never called the Sabbath day at all.

25. No sacred title whatever is applied to it. Then why should we call it holy?

27. Jesus never-mentioned it in any way, never took its name upon His lips, so far as the
record shows.

28. The word Sunday never occurs in the Bible at all.

29. Neither God, Christ, nor inspired men ever said one word in favor of Sunday as a holy
day.

31. Six of these texts refer to the same first day of the week.

32. Paul directed the saints to look over their secular affairs on that day. (1Corinthians
16:2.)

33. In all the New Testament we have a record of only one religious meeting held upon
that day, and even this was a night meeting. (Acts 20:5-12.)

34. There is not intimation that they ever held a meeting upon it before or after that.

35. It was not their custom to meet on that day.

36. There was no requirement to break bread on that day.

40. Finally, the New Testament is totally silent with regard to any change of the Sabbath
day or any sacredness for the first day.